Want to make a difference?

UltraPheresis cancer therapy is based on the use of a blood filtration system developed by Dr. M. Rigdon Lentz, an American oncologist practicing now in Germany.

This treatment is effective, safe and non-toxic.

This represents a new paradigm for cancer treatment; many feel it is worthy of the Nobel Prize in medicine.

To find out more about how the EuroMed Foundation uses Lentz therapy for holistic cancer treatment, click here to request your free personal orientation online. One of our doctors will be happy to answer general questions in person or over the phone.

How does UltraPheresis Therapy Work?

But smart cancer cells escape detection. They produce and shed immune system inhibitors into the bloodstream. These inhibitors are called soluble tumor necrosis factor receptors (sTNFR) and these are overproduced in cancer patients.

Dr. Lentz devised a method of treatment, somewhat like kidney dialysis, to remove sTNFRI from the bloodstream.

When plasma is separated from a cancer patient’s blood, filtered, then run through a device impregnated with antibodies, these inhibitors are removed, enabling the immune system to attack the tumors. The patient experiences inflammation in the tumors and a flu-like feeling. Over time the tumors shrink, often in short order.

Depending upon the person, this treatment is used as a stand-alone treatment or in conjunction with other cancer treatment alternatives, such as surgery and/or low dose insulin potentiated chemotherapy.

It is widely agreed that cancer is a failure of the immune system. UltraPheresis therapy is an immune system normalizing therapy. It is non-toxic, and straight-forward. It treats close to the root cause of the problem.

At our Arizona cancer center, patients are typically treated for two hours per day, five days per week. Patient progress is continuously monitored. The full treatment generally takes two to three months. The main side-effect of this treatment is pain from the person’s own appropriate immune system response destroying the cancer cells.

Dr. Lentz’s clinical experience demonstrates that complete tumor destruction is certainly possible through this treatment. He believes the potential for cancer recurrence is decreased. If a cancer recurs, it is responsive to repeating this therapy.

Dr. Lentz is affiliated with the Lombardi Center for Immunology at Georgetown University in Washington, D.C. He collaborates with physicians at the Karolinska Institute in Stockholm, Sweden in the research area of tumor immunology. He is the former chief of hematology and oncology at the Comprehensive Cancer Center of Valdosta, GA and the former director of the Nashville, TN, Apheresis Center.

In the late 1980s, Dr. Lentz carried out FDA-supervised Phase I and Phase II studies. In the Proceedings of the National Academy of Sciences, Lentz and colleagues identified, purified, and characterized immune system inhibitors found in the blood of cancer patients.[1]

Dr. Lentz spent two decades investigating the ability of cancer to turn off an otherwise-normal immune system. Attempting to physically remove blocking factors, he custom built a machine that filters them out of the cancer patient’s bloodstream.

In April, 2008, the device received the C.E. Mark (“Conformite Europeenne”). This is a European marking certifying that a product has met EU health, safety, and environmental requirements for consumer safety. At this time, 32 countries recognize the C.E. Mark. The United States does not recognize the C.E. Mark; the FDA is often slow to approve non-toxic treatments and this is one reason so many Americans go to Europe for treatment.

Cancer treatment alternatives to radiation or chemotherapy would be a welcome addition to the arsenal of weapons for the war against cancer. Drug based therapies are based on discovery of molecules to poison or block a single biological event in order to kill a cancer cell. The UltraPheresis treatment however, is based on the removal of soluble immuno-inhibitors known to interfere with the most powerful agent of the body’s own innate immune system that acts against cancers, TNF.

A woman with advanced breast cancer which had spread around her body has been completely cleared of the disease by a groundbreaking therapy that harnessed the power of her immune system to fight the tumours.

It is the first time that a patient with late-stage breast cancer has been successfully treated by a form of immunotherapy that uses the patient's own immune cells to find and destroy cancer cells that have formed in the body.

Judy Perkins, an engineer from Florida, was 49 when she was selected for the radical new therapy after several rounds of routine chemotherapy failed to stop a tumour in her right breast from growing and spreading to her liver and other areas. At the time, she was given three years to live.

Doctors who cared for the woman at the US National Cancer Institute in Maryland said Perkins's response had been "remarkable": the therapy wiped out cancer cells so effectively that she has now been free of the disease for two years.

"My condition deteriorated a lot towards the end, and I had a tumour pressing on a nerve, which meant I spent my time trying not to move at all to avoid pain shooting down my arm. I had given up fighting," Perkins said. "After the treatment dissolved most of my tumours, I was able to go for a 40-mile hike."

Laszlo Radvanyi, scientific director of the Ontario Institute for Cancer Research, who was not involved in Perkins's treatment, said it was "an unprecedented response in such advanced breast cancer."

Judy Perkins says her condition had deteriorated a lot and she was planning her death. But since the treatment she has been on a 40 mile hike. Photograph: Courtesy of Judy PerkinsAdvertisement

The dramatic success has raised hopes that the therapy will work in more patients with advanced breast cancer and other difficult to treat cancers, such as ovarian and prostate. Researchers are now planning full scale clinical trials to assess how effective the treatment could be.

"We are now at the cusp of a major revolution in finally realising the elusive goal of being able to target the plethora of mutations in cancer through immunotherapy," Radvanyi said.

But experts caution that the treatment has only proved itself in one woman and that the clinical trials are needed to see how effective the therapy could be in other cancer patients. Researchers point out that while the treatment could in principle work for many different kinds of cancer, it will not help everyone.

To create the treatment, doctors first cut small pieces of tissue from Perkins's tumours and studied the DNA to find mutations specific to her cancer. They focused on mutations that disrupted four genes which produced an array of abnormal proteins in the tumours.

Next, the doctors extracted immune cells known as tumour infiltrating lymphocytes, or TILs, from the tumour biopsies. These are cells from the patient's immune system that have invaded the tumour in a bid to kill it, but which failed in the task by being either too weak or too few in number.

After growing billions of these immune cells in the lab, the researchers screened them to find which ones would most effectively find and destroy the woman's cancer cells by recognising their abnormal proteins.

The doctors treated Perkins by injecting 80 billion of the carefully-selected immune cells into her body. The therapy was given alongside pembrolizumab, a standard drug that can help the immune system to attack cancers. Tests after 42 weeks showed Perkins was completely cancer free. She has remained so ever since.

"It feels miraculous, and I am beyond amazed that I have now been free of cancer for two years," Perkins said.

"I had resigned my job and was planning on dying. I had a bucket-list of things I needed to do before the end, like going to the Grand Canyon," she added. "Now, I have gone back to normal everyday life."

While the US doctors who developed the therapy cannot be sure how much the infused immune cells contributed to her recovery, the use of pembrolizumab alone has not been very effective for advanced breast cancer in the past. The infused T cells were found in Perkins's system for at least 17 months after her treatment began.

The success, reported in the journal Nature Medicine, is all the more remarkable because breast cancers, like prostate and ovarian cancer, have relatively few mutations, which makes them harder for the immune system to spot amid the body's healthy tissues.

Alan Melcher, professor of translational immunotherapy at the Institute of Cancer Research in London, who was not involved in the study said: "The work shows that even cancers like breast cancer, which don't have many antigens, are amenable to this sort of treatment. It would certainly be applicable in principle to a range of tumours, and even those in which immunotherapy hasn't worked so well yet."

But Melcher points out that the therapy is complex and expensive and more importantly, requires doctors to find enough infiltrating immune cells in a patient's tumour to make the treatment effective. "The case with other TIL therapies in the past is that they've not been able to expand enough T cells in many patients, there aren't enough to start with."

Simon Vincent, director of research at Breast Cancer Now, added: "This is a remarkable and extremely promising result, but we need to see this effect repeated in other patients before giving hope of a new immunotherapy for incurable metastatic breast cancer.

"Metastatic breast cancer remains incurable, and if we are to finally stop women dying we urgently need to find new ways to target and stop the spread of the disease. We are thrilled by this early finding, but we must remember that this type of immunotherapy remains an experimental approach that has a long way to go before it might be routinely available to patients." 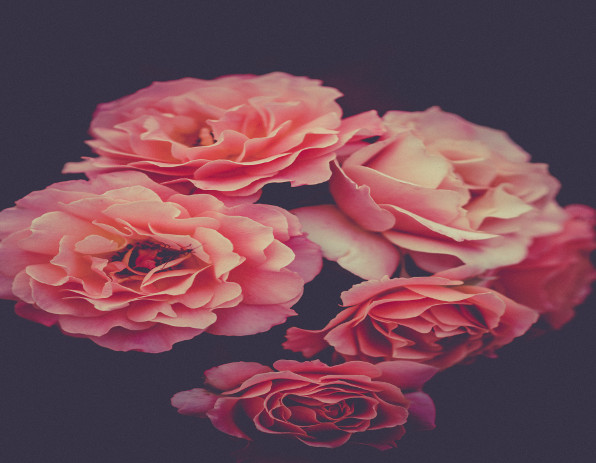 Thank you for taking the time to visit our website! Please contact us if you have any questions. If you wish to donate, please follow the link! We are so grateful for all of our supporters who help make The Michelle Lynn Holsey Foundation possible.